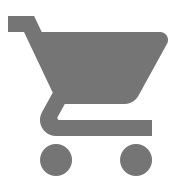 The Tenodera Sp, one of the largest, most ferocious species in captivity. Being a tame species, it is great for the beginner, and its ootheca hatches a vast amount of nymphs!

The Chinese mantis is found mainly in China, which reflects its name, however, is also a popular species in the USA. This large species is usually seen in a light brown colour, however, changes in climate can create either a darker brown colour, or a lighter, beige colour. As adult, both males and females sprout wings, which cover nearly the whole abdomen. The side of the wing case is a deep green in colour, running down each side of the abdomen. Sex determination is the usual, 8 segments for the male, and 6 or 7 for the female. Antennae are very similar, so this may be an inaccurate way of sex determination. However, the male does possess slightly longer antennae, but this length difference will only be visible from L5 upwards. The Tenodera is a very large species, with adult females reaching up to 11cm in length. As with all species, the male will be 1-2cm shorter in length. Captive bred specimens will often be smaller than wild caught specimens.

Being a beginner species, the Tenodera does not need any special conditions for its existence in captivity. They will live happily at room temperature (20-25c), and are able to live their whole lives at this temperature. However, if you wish to speed up growth, and increase the metabolism, then warmer temperatures of around 30c will be needed. High humidity is not required. However, as young, spraying 2-3 times a week will help to overcome any problems with shedding of skin. As larger nymphs, when the wing buds start to swell, or any other signs of shedding approach, it will suffice to spray the mantis at that point. Again, this will help overcome any problems with skin shedding

A fairly large enclosure will be needed for specimens of L6/7 upwards. Being a farily long mantis, there must be enough height for successful skin shedding. Failure to do this can result in the mantis becoming entangled in its skin, and crippling the mantis. The Tenodera are a species that like to hunt, so this can be satisfied again, by using a large enclosure. Put leaves and twigs in the tank to stimulate its natural habitat, but also to add interest to make it appealing to the eye. There must be a suitable surface for the mantis to grip on to, such as a mesh or net lid.
Diet is an essential part of the Chinese mantis existence. With a ferocious nature, this species can tackle most sized prey. Standard live food such as crickets, locusts, wax worms and mealworms are good, however, the diet must be varied. Flies, wasps, bees, moths, and any other flying insect found outside will be much appreciated, and will be naturally gut-loaded. By offering a varied diet, you will notice that each specimen will be much larger, and will produce a much larger, more fertile ootheca. Do be careful when offering prey, making sure that it will not be to large for the mantis to catch, or consume. There have been many accounts of live food eating the mantis, so any food which ash not been consumed within a day or so, should be removed.
Ootheca can hatch up to 400 nymphs, all emerging at once. These will require a large space to run around, so it is recommended that the nymphs should be kept in large enclosures. After 2-3 days, the nymphs will readily feed on fruit flies (Drosophila sp.) and pin head crickets. Cannibalism will set in at about L3/4, so it is then you will need to start separating the nymphs.

The Chinese mantis is a fantastic species for the beginner, proving one of the easiest to keep in captivity. Not only is it large, but very tame, and will tolerate handling. Diet is no problem, and shedding problems will rarely occur. Overall, the Tenodera is a fantastic species, much recommended!

Feel free to post any comments on this species below: